Saved Searches Advanced Search
Mail delivery and curbside pickup are now available by appointment only Monday-Sunday. Find more information on curbside services here: https://www.ssf.net/Home/Components/News/News/7735/1809. Access resources online at www.ssf.net/library or email us at ssfpladm@plsinfo.org. For other questions, please call (650) 829-3860 and leave a message. Thank you for your patience and cooperation as we all do our part to address this global health crisis.
Print 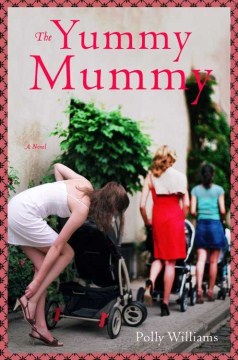 Baker & Taylor
The mother of a beautiful, six-month-old daughter, Amy Crane is trying to decide whether or not to resume her high-pressure PR job, while dealing with feelings of being unattractive and worrying that her child's father is having an affair, until she meets the gorgeous Alice, who offers her lessons in the fine art of making motherhood look sexy. A first novel.

HARPERCOLL
In the tradition of Little Earthquakes, Babyville and I Don't Know How She Does It: the effervescent, canny, and downright delightful debut of Polly Williams, a spirited new voice in women's fiction.

Amy Crane's daughter, the exquisite and sweet-tempered Evie, is six months old. any Amy -- who's trying to decide whether to resume her high-pressure job in PR -- adores her. But these days, Amy doesn't exactly adore herself.

Even worse, the whole time she's feeling invisible and about as attractive as a barnyard animal, Amy suspects that Evie's father, Joe, is having an affair. Then Amy meets Alice, who seems to have this mommy thing down: She's single-girl-slender, for one thing, with groomed eyebrows, a smooth forehead, and killer clothes. Plus she has a sex life. In short, she's a Yummy Mummy, one of a new breed who manage to make motherhood look positively sexy. Under Alice's tutelage, Amy discovers that she's got some yumminess of her own. Joe takes notice, as does her handsome Pilates instructor. But once Amy's libido awakens from its extended slumber, a whole new set of problems develops.

Filled with acute perceptions of the challenges faced by new moms, as well as the uniquely terrifying landscape of new motherhood, The Yummy Mummy is as endearing -- and as refreshing -- as a baby who sleeps through the night.

Baker
& Taylor
The mother of a six-month-old daughter, Amy Crane is trying to decide whether or not to resume her high-pressure PR job, while dealing with feelings of being unattractive and worrying that her child's father is having an affair.